Our Youth Board Co-Chair Christina Is a Finalist For The Children's Peace Prize!

The International Children's Peace Prize is awarded annually to a child who has made a significant contribution to advocating children's rights and improving the situation of vulnerable children. It is an initiative of Marc Dullaert, founder of the KidsRights Foundation, an international children's aid and advocacy organisation based in Amsterdam, the Netherlands. One of the most recent recipients of the prize is youth climate campaigner Greta Thunberg in 2019 who won alongside peace activist Divina Maloum from Cameroon. She was awarded the prize for her fight against radicalisation of children by armed groups such as Boko Haram .

Christina has been nominated alongside Muhammad Aasim, from India, and Vihaan and Nav Agarwal, also from India, out of 169 nominees from 39 countries. The final nominees have been recognised for their campaigns for disabled children’s education rights; reducing pollution; and, in Christina’s case, fighting food injustice.

After helping to launch Bite Back 2030 in 2019, last year Christina started a petition calling on Boris Johnson to not abandon 1.3 million children in need of free school meals during lockdown. It gathered over 430,000 signatures and successfully convinced the UK Government to provide support throughout the school holidays. 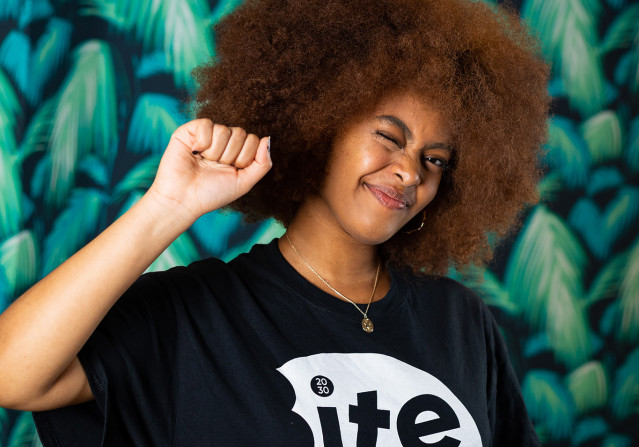 "
Young people’s voices matter. I urge all of those with influence and power to listen to children, value their voices and work with them to create a healthier future for all. I am humbled to be nominated for this award and hope it will raise awareness of the need to set the stage for child health by stemming the flood of unhealthy food, taking junk food out of the marketing spotlight and making sure every child has a safe space to run and play, no matter where they live.
"

Archbishop Desmond Tutu made the announcement earlier today recognising the work Christina has done to improve the food system in the UK and her successful campaign to ensure free school meal support was given to vulnerable children during lockdown. Announcing the finalists, Archbishop Desmond Tutu said: “This year’s finalists are worthy of any in my 13 years as Patron of the International Children’s Peace Prize, the world’s definitive youth prize with so many famous previous winners. What magnificent examples this year’s finalists are to youngsters, and indeed people of all ages around the globe. They show, through their values and determination, just what children can achieve in campaigning to improve the rights of others worldwide.”

The ultimate winner will be announced later this month at a ceremony in The Hague. Should Christina win she will receive a €100,000 donation towards a charitable project for children, a study and care grant for her to obtain an education as well as a statuette of a child pushing a ball, which symbolises young people setting the world in motion.

We could not be more thrilled for Christina to be recognised on such an international scale and wish her all the best for the ceremony!

"
This is fantastic news and I can't think of anyone more deserving of this incredibly powerful accolade. Christina gives huge amounts of time and energy to her work with Bite Back and is pivotal in driving impact that benefits children and young people across the UK. To be recognised in this way is testament to her hardwork and dedication to improving the food system, and we are all delighted to be able to celebrate this extraordinary achievement with her.
"